Sadly, my February break is almost over. I’m going to spend most of my time rendering/editing and recording my LPs before Monday. I did finish Catherine so, I have more time with Monster Rancher and Dark Cloud 2 since I’m busy uploading Catherine and Rune Factory. I have no time with casting at the moment since I do that during my free time when I have a lot of footage for each LP. Plus, I finished Indigo Prophecy and I’m now working on Persona 3 FES, The Journey. As you can see, besides school work, I have a lot on my shoulders. Thanks for reading and I hope you all have a great day! 🙂

So, as of February 13, 2012 at 1:26 AM I have finished Indigo Prophecy. Maybe after school or on Friday I’ll cast/stream again.

So, today I streamed on Twitch.tv for the first time and it was pretty fun. I played Indigo Prophecy about I say almost halfway through. I’ll try and cast tomorrow more of it and even try to finish it. 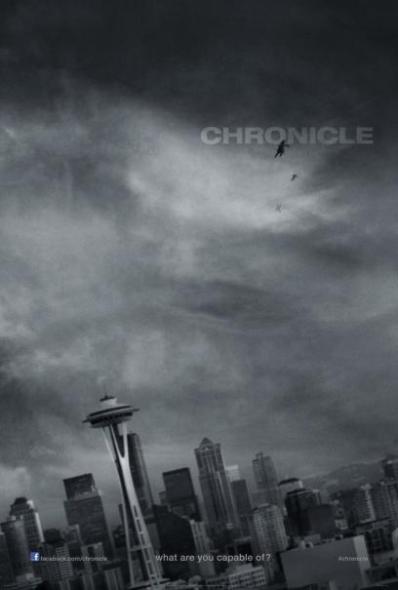 On February 4, I went to see Chroincle. I saw a huge line to just get tickets and I thought it was for Chronicle since it was the day after its release. Surprisingly, I had a good sized crowd but not the amount I expected which I thought it would be more. Anyways, besides that, let’s just dive into Chronicle!

Plot: The plot or story as most of you may say, was pretty good. Three regular teenage boys get super powers from a meteor that happened to crash in the ground, IN A FOREST, NEAR A PARTY! Soon enough, they begin to discover more and more of their powers each day however, one of them begins to turn evil basically.

Characters: The characters were likable since they actually acted like regular teenage people. They even JOKE around with their powers by testing it out on people. The characters are a guy named Steve who is a very popular guy at school, a girl named Casey, Matt and Andrew the main star of the movie who is also Matt’s cousin. I really loved Andrew’s behavior and how it progresses throughout the movie due to the bullying, his mother being sick and his dad drinking and even hitting him. Steve was my favorite character though because he was funny and brought some comedy to this movie when they weren’t testing their powers out on people. However, I didn’t really like Matt’s character who is just a regular guy.

Other Stuff: I liked how they went with the camera on this. They mainly used Andrew to hold the camera from just his hands to him using his powers to make it movie through the sky, his room and much more. They also used footage from different camera like Casey’s and a few others that will give away stuff.

Overall: I really liked this movie but maybe they could have done more with the powers and Matt’s character. I recommend this movie TO ANYONE! 🙂 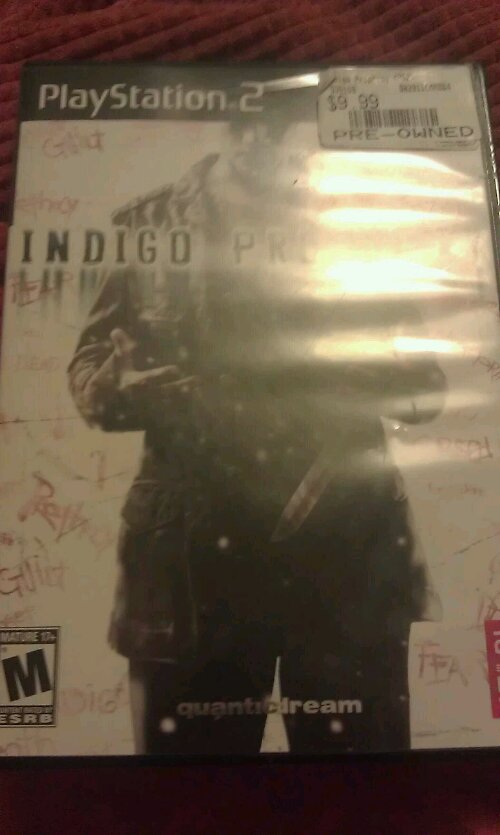 Today, I’m going to talk about a very interesting game which is called Indigo Prophecy. This game is a mystery type of game but for me, it falls in the category of mindfudge.

This game is of course for the PS2 which explains the outdated
graphics. This game is also developed by he same people who made Heavy Rain for the PS3, Quantic Dream. This is their first game and did some really creative things other people didn’t do which is paranormal events, this game is based on paranormal stuff and this is the time where nobody was using it for a cheap gimmick.

The story, well, without giving much away you are Lucas Kane, an average man in New York during the cold winter. Well, Lucas actually kills someone in the bathroom in a diner and he doesn’t know why. In the opening scene you see him not acting normal and again, I won’t give that reason away but everyone thinks you are a murderer. You can also play as other characters which are usually Carla and Tyler, cops who are invesgating the case of Lucas. You can even play as Markus Kane, Lucas’ brother. There are quicktime events and when you’re having a conversation with someone you must pick your dialog quick before the timer runs out or the game will pick it for you. As you progress along, you find what even happened to Lucas as the cops are hot on your heel. There is even an aspect of the degress getting colder which doesn’t play a big part until later on but there are some discussions about it in some parts.

There are multiple ways of getting a game over because you picked the wrong dialog choice in a dangrous and serious event or you didn’t do what you were suppose to do. Your game can even end if you don’ keep your characters sane enough. In order to keep them stable you can play with stuff in the area around you or other things.

I may see why some people have turned this game down is because of the paranormal aspect in the game. I can respect that with the media pushing paranormal movies or TV shows in our face, but, Quantic Dream even has an aspect of you saying “What the fudge…” or even have a mindfudge moment. I can say, I had some of those experinces and even with the playthroughs I saw people had that same experince.

What else can I saw more? If you’re into a fun time and not turned off by paranormal stuff then get this game if you can find it cheap for the PS2 like I did. If not, buy it on Steam because I do believe it is on there. There is a version for the Xbox 360 but I heard it wasn’t very good. That’s all I have to say guys! Have a fun time with Indigo Prophecy! 🙂